Historically, ABWA Career Chapter has held a luncheon in March to honor a local Woman of Distinction.  This event raised funds for our scholarships that we award to Washburn University and Washburn Institute of Technology.

Over 38 years of this event, we have been able to provide $10,000-$12,000/yr in scholarships to area students to assist them in reaching their higher education goals. The luncheon has now funded well over $365,000 in scholarships.

Unfortunately, we have been unable to hold our event recently, and will not be able to again in 2021.  We have continued to support women with scholarships during this time, albeit at a reduced capacity.  We invite you to help us this year continue our tradition of helping women attain higher education with a donation.  Please click here for a brief overview of our accomplishments over the years.  If you need the charitable donation tax write-off, please send a check made out to the Topeka Community Foundation to:

If you don’t require the tax write-off, and prefer the convenience of an online donation, we invite you to do so here: 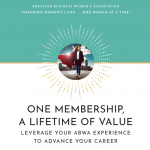